Features > Adventure > The Other Kind of One Life

The Other Kind of One Life 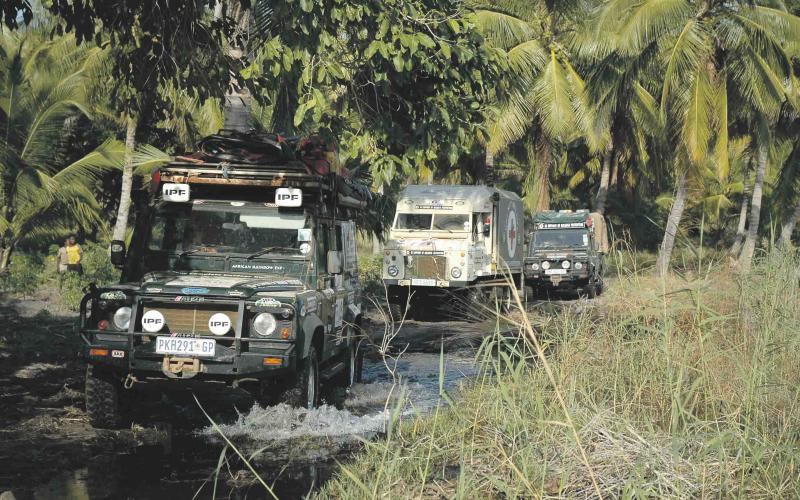 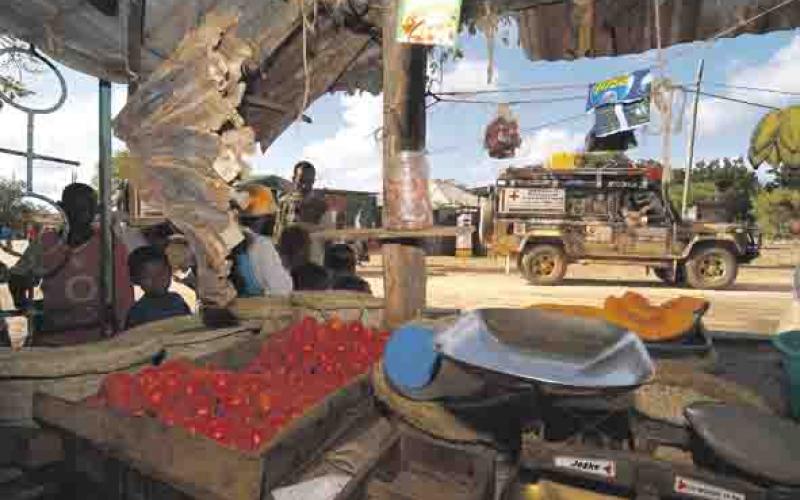 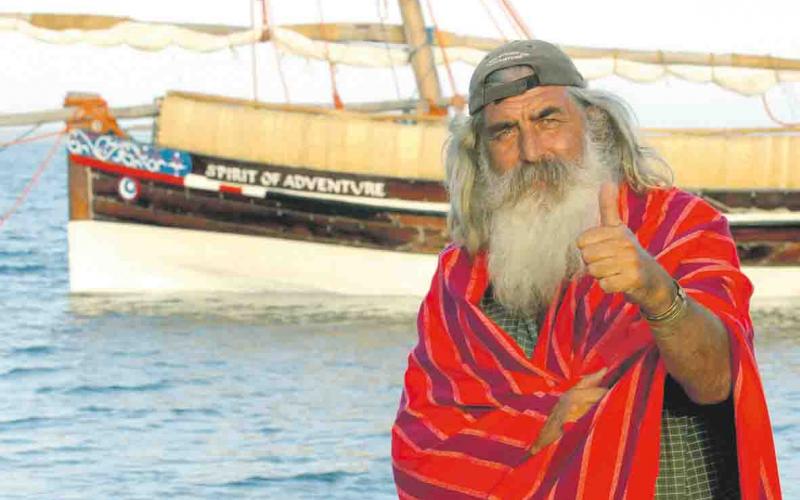 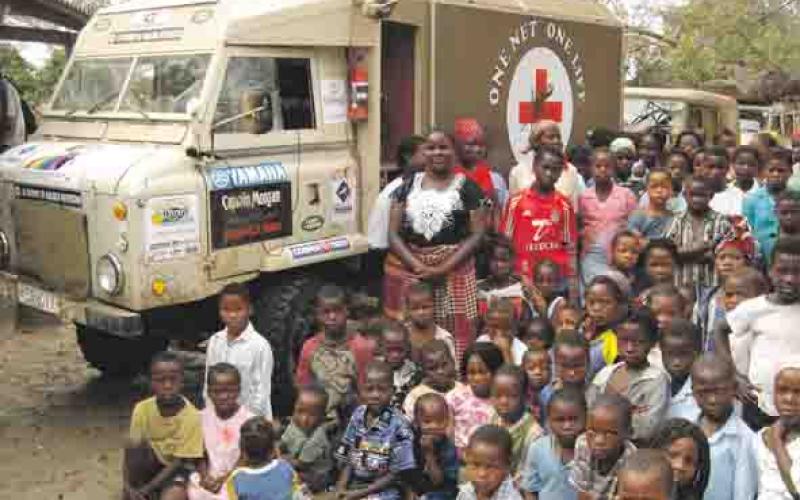 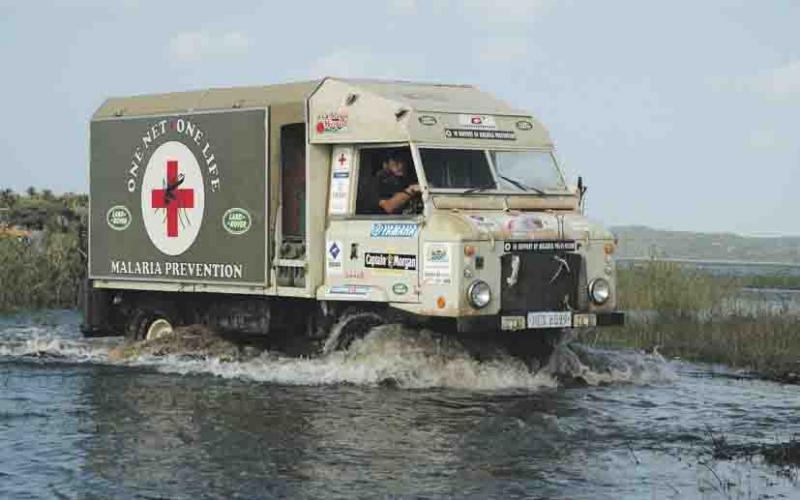 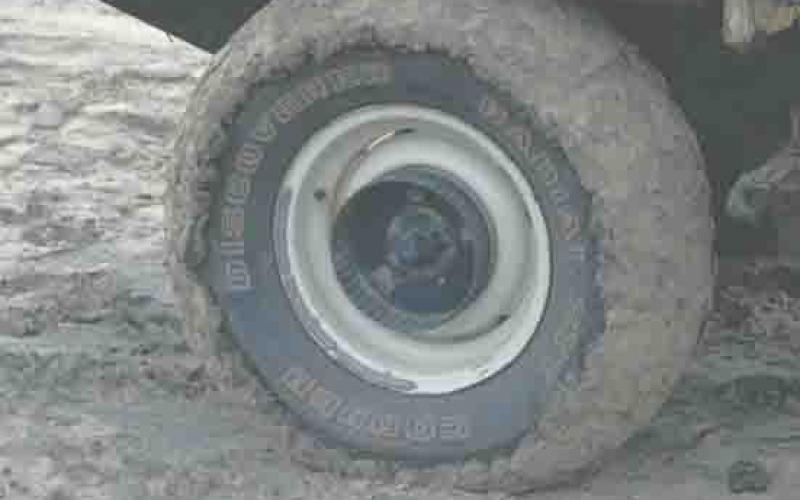 A year on Africa's dirt roads - saving lives all the way

Close your eyes and count slowly to thirty. No, go on. Thank you. Now, thirty seconds later, what has changed? Nothing much… except that in Africa, another child has died of malaria.

It’s not just the illness itself that kills people. It’s poverty. The vast majority of victims die for want of education on how to avoid contracting the disease – and, worse still, the means to stop the mosquitoes that carry it.

That’s why Kingsley Holgate conceived the African Rainbow expedition. Three Land Rovers, two inflatables and a traditional dhow plied a coastal route from Durban to the southern border of Somalia as part of a programme to distribute more than a quarter of a million mosquito nets to pregnant women and small children, while also presenting health education shows in remote villages.

The expedition convoy was made up of two TD5 Defenders (a 110 wagon and a 130 double-cab) and a Series IIB forward control. And between the three of them, the Land Rovers formed a perfect team. The bonnets of the 110 and 130 provided a perfect platform from which to address crowds of locals eager for education on malaria prevention, while the  IIB was fitted with a loudspeaker that was used on many occasions as a public address system.

In addition, having a forward control model helped the team carry as many mosquito nets as possible, as well as providing a very visible self-propelled advert for what the expedition was all about. Ironically, a number of  the expedition’s own members  succumbed to the disease during the course of their trip – unlike most victims, of course, they all had immediate access to quality care, but nothing could have made the point more effectively.

But malaria was just one of the hazards the team faced as they pushed on northwards. Take the crossing of the crocodile-infested Munuwayo River, for example.

‘We joined forces with Colin Fitzgerald’s team from 4x4 Mega World in South Africa,’ said  Holgate. ‘Using their massive inflatable pontoon, we floated the Landys across the river. Over thirty years ago, dug-outs were lashed together to do this  crossing but since then, no vehicle has made it across. The villagers couldn’t believe their eyes!’

For much of the way, the convoy had nothing more positive to  follow than goat tracks. ‘This  is Land Rover country,’ said  Holgate. ‘In the villages, old  battered Series IIs and IIIs are  still used as taxis. Ours have  got a few familiar squeaks and  groans. They’ve worked hard on several expeditions and are now  overloaded with mozzie nets, so we’re being even more demanding, but they just keep going.’

Not that any expedition would be complete without a mechanical crisis or two – though in this case, the source turned out to be more than a little unusual. ‘One would maybe expect a rogue hippo to go for the inflatable boats. One might expect the fear of unexploded land mines, and the hassle of bridges that were washed away in the rainy season. But who would expect the expedition to be brought to a complete standstill by a small, furry rodent? The little blighter had crawled in behind the Landy’s dashboard and merrily eaten its way through a fistful of wiring!’

Days later, with the loom finally repaired, the trio of Land Rovers was back on its life-saving way. The African Rainbow expedition spent a whole year travelling up and down the continent’s east coast, as well as travelling 400 miles up the Zambezi to hand out a further 5000 mosquito nets.

Finally arriving back in South Africa, the 110, 130 and IIB were joined by more than two dozen other Land Rovers for the very  last leg of their journey home.  The party atmosphere as the Landys gathered that night was a fitting climax to an expedition whose highs and lows had been particularly intense. Holgate called it ‘an act of solidarity against malaria’ – and, as they reflected on the scale of their undertaking, the whole crew of the expedition could congratulate themselves on a job well done. Many miles travelled…  and countless lives saved.